My foot is still hurt. But it might be getting better. Maybe.

The chiropractor thinks it's a sprain under the transverse arch. All I have to do is keep it taped and rested and in a shoe with proper arch support.

Taped I have figured out (after a few very messy first tries.) Rested is harder. Doing the dishes and the laundry and the necessary potty runs is still just a little more than qualifies as rest. But not nearly enough activity to keep me feeling like a rational human being. I was not born to be a couch potato.

The kids are trying to help out, of course, and doing extra chores (liberally bribed with computer games). But I find there is a sequence to new chores.

Stage 1 (Novelty): Oh, yes! We can definitely do that! We are so competent! We will be running the whole house for you soon! Is there anything else we can do?

Stage 2 (Reaction): Gahhh! Not that again! We just had to do it yesterday! My leg hurts! And my arm! And several other body parts I only just found out I had!

Stage 3 (Routine): OK, fine, let me finish this chapter first. And maybe the one after that. But definitely before supper.

We have been at this long enough for Stage 2 to appear.

So now I have vowed to ignore both cleanliness and fashion until the foot really is better.

DOB has been helping out by taking the kids grocery shopping. (Which means they do the grocery shopping while he follows along in the riding cart.) It's still an arduous undertaking, especially after work, and especially since there is no way to bring a car close to any door of our house. This week he had them load up the wagon repeatedly to unload the car. We eat a lot of groceries.

DOB has also resolved the lack-of-physical-activity problem by putting me on his YMCA membership and sending me off to swim. Swimming is not my sport of choice. I *can* swim, in the sense that if I fell out of a rowboat I could remain on the surface for some time, but I cannot swim in the sense in which people who swim at the Y regularly swim. My attempts at the crawl stroke resulted in a large lump on the head, collision with the far side of the lane (miraculously not the swimmer using that side), and a whole lot of lungfuls of wet hair (my hair mocks at restraint). My attempts at using the kickboard took about five minutes each direction. Apparently I have completely forgotten how to kick. Meanwhile the small children and elderly zipped past me on either side, leaving me feeling like a lobster among porpoises. I finally discovered that a (probably dreadful) breast stroke allowed me to see where I was going and progress at a reasonable speed.

But I did swim, and it did make me feel better. So I shall persist, for now, until I can walk again. I like walking. The scenery is better. The coordination is less. And I don't have to drive to get there.
Posted by Queen of Carrots at 5:22 PM 2 comments:

Email ThisBlogThis!Share to TwitterShare to FacebookShare to Pinterest
Labels: life

Me: So, ummm, what happened then?

Two weeks ago last Saturday, I did something weird to my right foot. I'm still not sure what, exactly. Neither is the chiropractor. (And this is the chiropractor that can put Ron's feet back together so that his sprains heal in half the time.) Anyway, it hurts. It feels wrong, like something's where it shouldn't be and won't stay in where it belongs. And I keep re-aggravating it, probably because I strongly prefer to walk barefoot on any terrain smoother than glass shards.

Sunday morning, after walking about in the dark on gravel the night before (why? why not?), it was worse than ever. So I decided this was the week, with all the excitement over, that I would really take the chiropractor's advice seriously. Put padding on the sore spot. Put shoes on. Rest my foot.

I hate shoes. I don't wear shoes at home even in January. From April through October, I only wear sandals when I go out. Wearing socks and tennis shoes every day at home in July is unthinkable. My feet think they've been sent to jail.

And sitting all day. (Well, all the day that I'm not making sure we have food and clothes. The kids are trying to help, but they are still at the stage where they get stalled at a critical moment, like a hot pan on the stove or turning the dial on the washing machine.) I hate sitting. Sitting in a chair or on a couch for too long actually gives me motion sickness, especially if anybody touches the chair. I feel every little jiggle. Usually I combat this by getting up and walking around a lot.

And I still don't have any idea if it's going to work. It feels fine if I'm not walking on it. So how can I tell if it's getting better? I'll probably be crippled for life and the ducklings will have their lives stunted having to push their parents around in wheelchairs. I get motion sick from wheelchairs.

The Power of Three 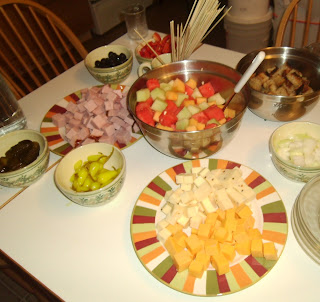 That is not a square meal you see over to the right. That is a cube meal.

It is Birthday Season. And this week's birthday was Bookworm's, and she turned 27. Also her companion, Edgar Allen Hippo, turned 3. If you don't instantly notice that 27 is 3 cubed, then you are not a math nerd.

But if you do know a math nerd who is turning 27, or perhaps someone who is beginning (or ending) a job in cubicle-land, a cube meal might be the way to go. Preferably with three options in each category. (I did serve some non-cubical things, like olives. I should have served fudge, but I didn't think of it.)

Next year she's turning 28 and I'm still not sure how I'm going to make a perfect meal. But at least the following year I can just serve prime rib.
Posted by Queen of Carrots at 1:34 PM 1 comment: 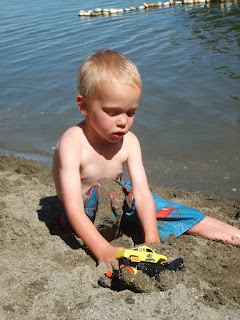 Where one turns four, the other is sure to follow. It's about the only instance in which they follow each other. Dash has grown from the clingiest of the ducklings to the one who will be off playing alone outside for hours. He loves being outside, loves dirt and trucks and riding bikes and moving rocks and waving sticks. (Dot does sometimes join him, in her alter ego as Rose Redhand.)

He can be very happy, or very upset--but whatever he is, it's very. He also love stories, especially Winnie-the-Pooh, but he identifies with Roo. We tried to pin him as Tigger, but he prefers Roo--which is, after all, a small, cuddly version of Tigger. He's listening to The Hobbit and waiting eagerly for the appearance of the dragon.

He's impatient for me to buy him a new pair of boots that don't leak.

Posted by Queen of Carrots at 9:07 AM No comments:

Four on the Dot 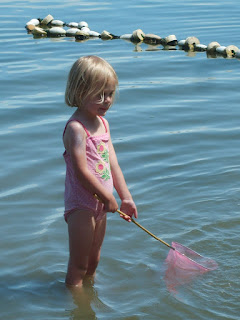 She turned four this week, with much fanfare, because when you turn four you know what birthdays are all about. And because Dot does everything with much fanfare. Her life is one long dramatic saga, narrated under her breath.
Most of all she loves to draw, and draw, and draw. What's even more amazing, her drawings are fully recognizable, detailed, and properly proportioned. Mostly princesses, with the occasional unicorn. She's starting to want to add labels to her drawings, so she is always asking how to write letters and she perseveres even if the word is "CINDERELLA."

Her favorite stories, not too surprisingly, are Rapunzel, Cinderella, and Sleeping Beauty, although she has a deep sense of identity with Piglet and she also loves A. A. Milne's poetry, and will recite snatches.
Posted by Queen of Carrots at 8:54 AM No comments:

We have survived drama camp. Duchess didn't survive, of course: she had a great time. But the whole getting-up-and-out-the-door every morning is like kryptonite to homeschool moms. (So, other homeschool moms, when you're feeling snooty about school moms wondering what they are going to do with their kids all summer, remember they've got SHOES on everyone's feet by 7:30 in the morning and they can't understand why you think that's hard.)

In other news, we had a brief but violent cold go around last week that had everybody moping about in misery on the third. (Even Duchess, who sat out the rehearsal, came home, and slept most of the rest of the day.) I was panicking about the Fourth, but everyone woke up energetic and cheerful, if a tad sniffly, and the weather (which had been cold and dreary all through June) was gorgeous and we had a fabulous day on Whidbey Island, the children spending pretty much the entire time in the lagoon. But they did not get pneumonia.

I caught the cold on the way home, though, and spent the evening lying in bed with chills trying to drown out the sound of fireworks--and of kids screaming at the fireworks, especially since they had found the best place to watch was my window. Most of the fever went away by morning, but I felt pretty dreary for the next few days.

Meanwhile my work-work has been piling up and I haven't even begun on the basement (except a few desperate moments with a bulldozer to clear enough path to walk) and, oh yes, another birthday today! Actually, two! And Summer Fun nights (our church's once-a-week alternative to VBS) start this week! And I think I'm kind of directing it!

So I'm blogging.
Posted by Queen of Carrots at 7:51 AM No comments:

I bought a new camera cord. Surprisingly, the old one still hasn't shown up. Anyway, here's pictures from the last six months.
Posted by Queen of Carrots at 4:00 PM 2 comments: